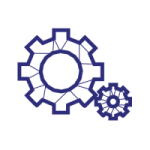 The East African Marine System (TEAMS) is a 5,000-km fiber-optic undersea cable. TEAMS links Kenya’s Mombasa with Fujairah in the UAE. TEAMS was built as a joint venture between the Government of Kenya and Kenyan operators, who hold 85 percent shares, and UAE-based operator Etisalat, with 15 percent. Construction of the cable began in January 2008 on the Emirates’ side and arrived in the Kenyan port city of Mombasa on 12th June 2009. Cable construction was completed in August 2009 and went live for commercial service on 1st October 2009. TEAMS cable is connected to the Kenya national fiber backbone network and other major backhaul providers, thus extending the gigabit submarine capacity to the rest of the East African countries. Governments and private sector investors have shown interest in the project and neighborhood governments have also shown interest in purchasing bandwidth (Rwanda, South Sudan, Ethiopia, Uganda, Tanzania, and Burundi)