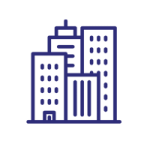 Konza City, also known as "Silicon Savannah", is one of the main axes of the "Vision 2030" project introduced in 2008, which is to serve as a roadmap for the future economic and social development of the country. This 2 000 ha site, located 60 km south of the capital Nairobi, is set to be built over the next 20 years to house a true ecosystem of startups, investors and researchers. Led by Konza Technolopolis Development Authority and launched in 2013, the first phase of construction should be completed in November, 2018 and will see the current savanna turn into a functional city: water, electricity, railway line with Mombassa, the main port of the country, 35 000 housing units, university campus accommodating up to 1 500 students.The goal is to make Silicon Savannah the African counterpart of Silicon Valley, with the goal of creating 20 000 jobs in five years and ten times more from 2030. The development of Konza City could cost 400 millions of dollars, including 5% funded by Kenya. The rest will be paid by private actors, who will rent the land to the Kenyan government in return for tax benefits.